how they lived – how they vanished

stories told by relatives and offspring

Multi media exhibition on the holocaust

The exhibition was at the House for Democracy and the Rule of Law – The Hague
Hofweg 1 (opposite the House of Parliament) from April until end of May 2012.

A great public, and many students and school kids visited the exhibition in Museum Kamp Westerbork and wrote down their impressions in the guestbook.

impressions of the stunning design ! 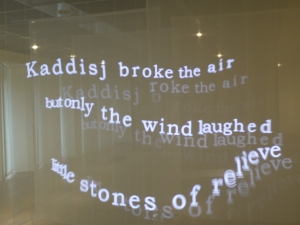 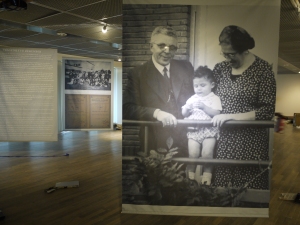 This weblog is dedicated to the haiku poems project

The project consists of a series of haiku poems on the Holocaust, the extinguishing of the European Jews by the Nazi regime during the second World War.

The poems are published in 2 full color illustrated poetry books and first copies were handed over to the Mayor of the city of Dordrecht, Mr. Arno Brok and the Rabbi Mr. Awraham Soetendorp on Sunday 2nd October 2011.

The lino illustrations for the poetry book on original scale, together with the poems, photos, a video installation, a  filmed documentary and interview portraits serve as a traveling exhibition in the Netherlands and in other countries. The multimedia exhibition has been released for the first time at the opening meeting of the poetry project, 2nd October 2011 in Dordrecht.

This weblog provides information on the stages of realization of this project, news and comments, the paintings of the artist Diana van Hal that serve as illustrations, the video installation by the documentary filmmaker Jeanne van der Horst, etc.